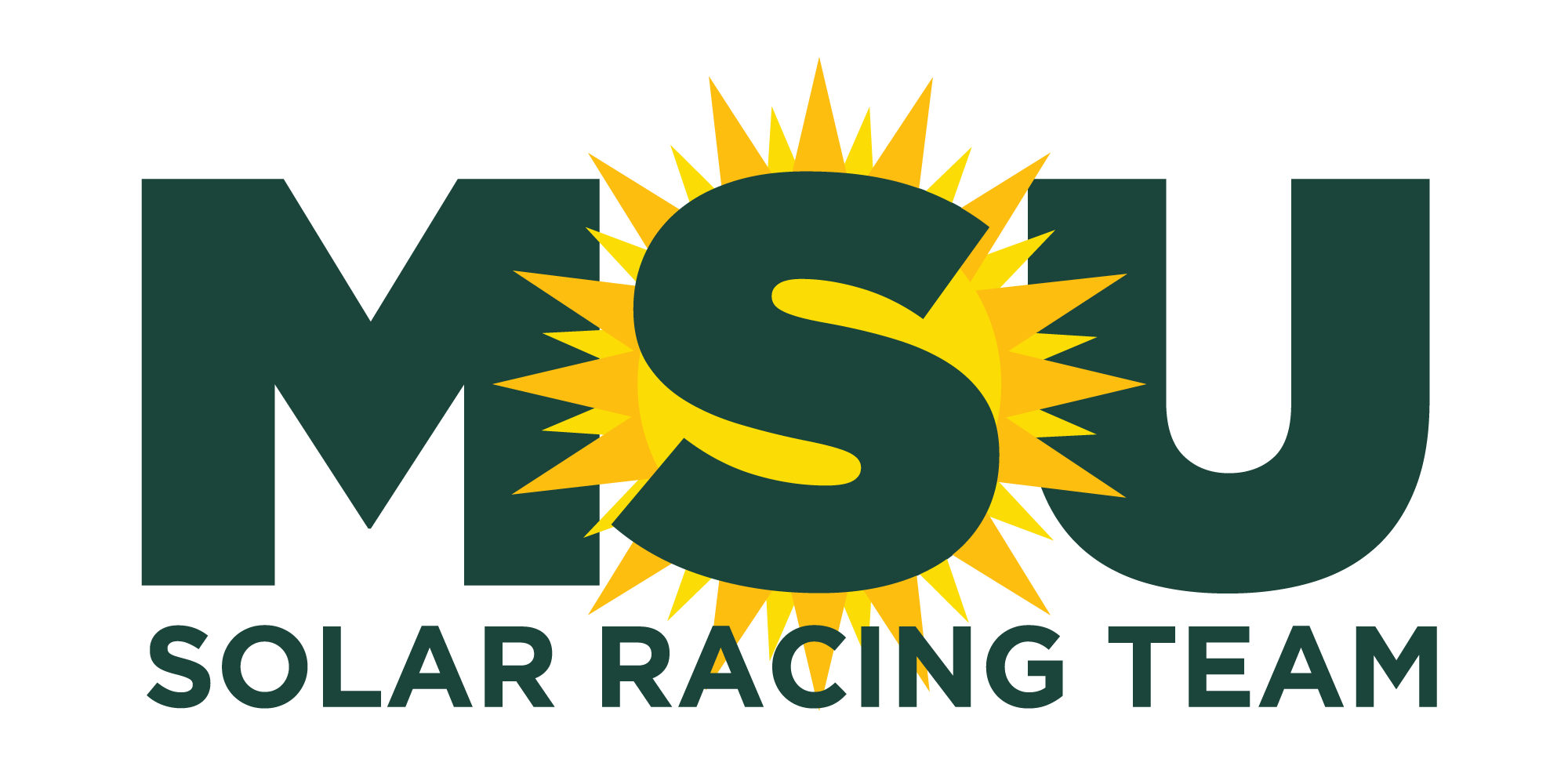 MSU Solar is back and better than ever!  With a fresh leadership team in place (Greg Stark: Electrical Team Lead, Aaron Feinauer: Mechanical Team Lead, and Michael Mazza: Business Team Lead), our team has swelled to around 60 members and enthusiasm for the project is at an all time high. This influx of fresh faces and enthusiasm has prompted some changes for the team. We have a new name, a new logo and most importantly, we’re beginning a new car! We are now MSU Solar Racing Team, or MSU SRT for short. 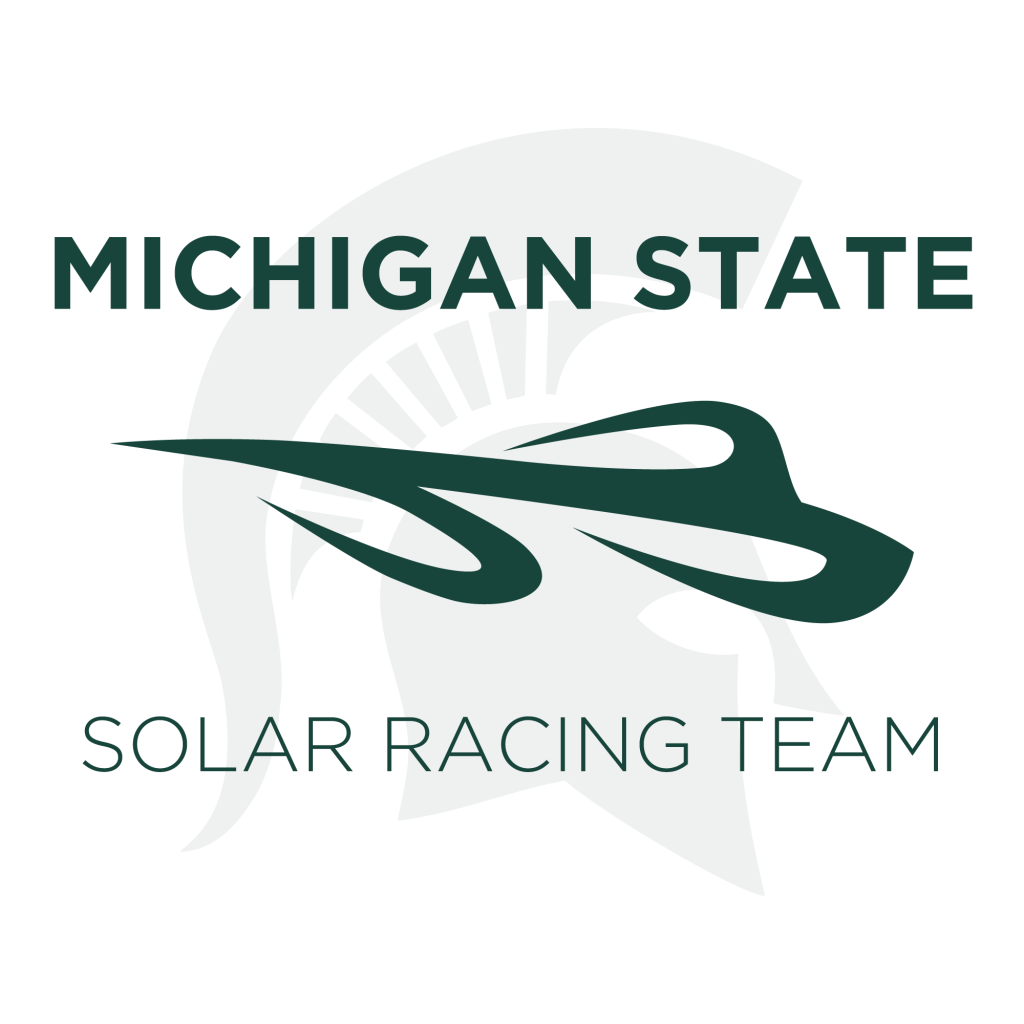 MSU SRT is full of new faces and fortunate to have the experience and expertise of its returning members. We are more equipped than ever before to build a successful, race-worthy vehicle.

So what have we been doing these past 10 months? First and foremost, over the summer we competed in the Formula Sun Grand Prix at the Circuit of the Americas in Austin, Texas. 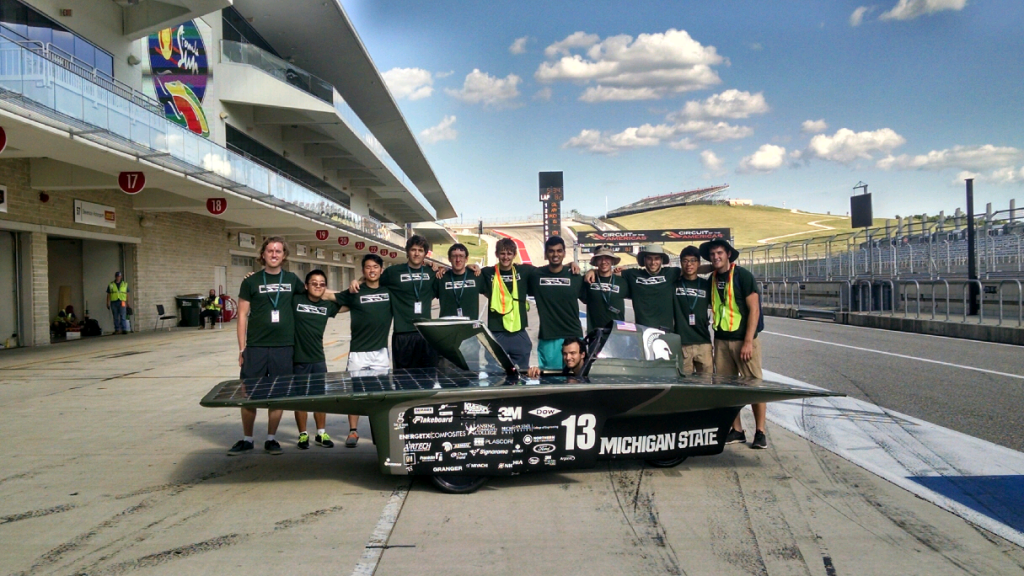 In Austin,  the team fought against incredible adversity as our Tritium Battery Management System and Driver Controls system both failed unexpectedly. Through the hard work and extreme dedication of the Electrical team, we were able to repair a spare BMS with parts from the failed system, and create an entirely new Driver Controls system with an Arduino. This concluded with the triumph of passing scrutineering with 10 minutes left in the event, and taking Leonidas on his first ever lap around the Circuit of the Americas racetrack. While this is not the outcome we had in mind, it was a crucial step in the right direction for our team, and it allowed us to bring back a core group of experienced members that have become the backbone of this year’s team.

And what’s ahead? With a new lead for almost all sub-teams and a stronger collective team than ever before, we are poised and ready to start our next car to replace Leonidas.  The new designs are already well underway. Stay tuned for the next blog post where we are excited to announce some details about our new project!